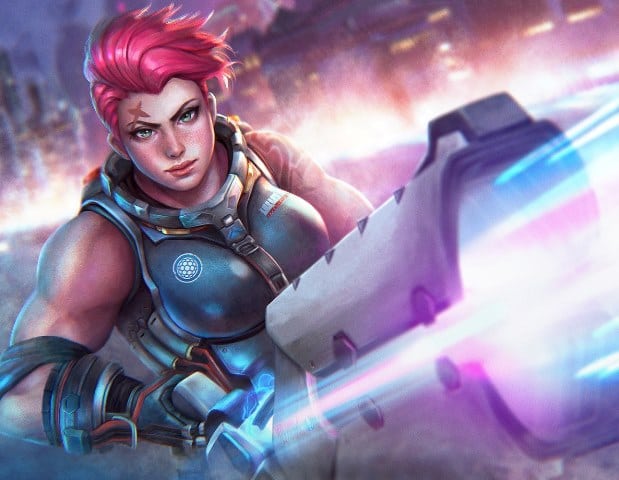 Hammond, meet Mickey. ESPN, Disney XD and Blizzard Entertainment locked in an exclusive multiyear agreement for live television coverage of the Overwatch League. The deal kicked in last night with the launch of the Overwatch League playoff schedule, with televised content set to include the Grand Finals live from Barclays Center on ESPN and Disney XD from July 27–28. All coverage also will be available for ESPN and Disney network subscribers to stream live on the ESPN App and DisneyNOW. In addition, a recap show highlighting the biggest moments will air July 29 on ABC.

“The Overwatch League Grand Finals is by far our most comprehensive television distribution for an esports event over a single weekend: 10 total hours over four networks and three days,” said Justin Connolly, Executive Vice President, Affiliate Sales and Marketing, Disney and ESPN Media Networks. “This overall collaboration with Disney/ABC, ESPN and Blizzard represents our continued commitment to esports, and we look forward to providing marquee Overwatch League coverage across our television platforms for fans.”

The inaugural season of the Overwatch League will culminate in the Grand Finals. Play begins Friday, July 27 at 7p with the first best-of-five match on ESPN, and continues July 28 at 4:30p with the second and potential third series on Disney XD. This broadcast will air alongside the primary digital viewing experience on Twitch, with the Overwatch League also available via MLG.com.  A re-air of day two Grand Finals play will be available on ESPN2 at 9p. In addition, a recap show of highlights from the Grand Finals will air Sunday, July 29 at 3p on ABC.

“We are pleased to partner with Activision Blizzard to bring Overwatch esports to our audience. The Blizzard team has created a genre-leading esport and a premium professional franchise system in the Overwatch League,” said Marc Buhaj, Senior Vice President, Programming and General Manager, Disney XD. “We are kicking off the agreement by showcasing the inaugural season playoffs and Grand Finals live across our linear footprint. Together with our telecast partners at ESPN, we look forward to growing a legion of new Overwatch fans across the next two years.”

“We’re excited to be working with ESPN and DisneyXD to bring Overwatch esports to an even wider audience,” added Pete Vlastelica, President and CEO of Activision Blizzard Esports Leagues. “We’ve seen incredible passion and support from fans during the inaugural season of the Overwatch League, and we’re looking forward to capping it off for them with an epic Grand Finals at Barclays Center later this month.”